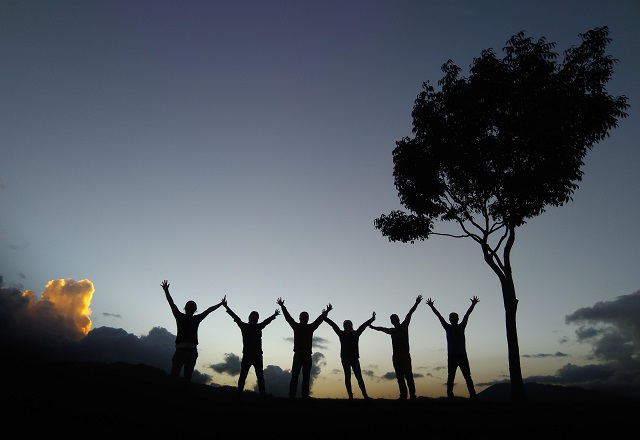 Around our office, we have been discussing the power of inspiration. Its value is undeniable. Whether inspiration sparks a renewed burst of action, a flash of clarity, or a shift in perspective, it allows us to transcend the mundane and have a greater sense of what is possible.

Inspiration comes in many forms. For some it is found in the arts, for others it is found in historical role models, or in the actions of those around us. One thing is constant; inspiration is contagious and it spreads beyond the original source. It spreads from one of us to all of us.

Recently, we asked the R|L staff, “Who inspires you?” We were moved by their answers. May their inspiration spark your own insights. 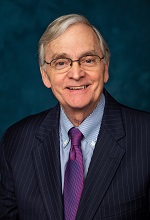 “I have no regrets, because I’ve done everything I could to the best of my ability.”

Showing up every day as your best is a herculean act. It seems simple, but the effects compound into something powerful. Start now. Begin where you are. Be your best self today. Tomorrow take one step forward. Be your best from this vantage point. The next day, take another step forward, and so on and so forth. If we all approach life like Robert Redford and each day, with each task, we present our best, we will grow beyond anything we could have imagined ourselves to be before we began. Take a step today. 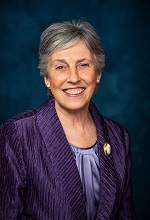 “Never interrupt someone doing something you said couldn’t be done.”

As a coach, one of my favorite things to see is leaders living to their potential. This milestone can seem daunting for a coach as well as their coachees. How can I ask more of others who are already spinning their wheels? The first thing I do is look at the direction of the coachees’ goals. Are they aiming at joy? Amelia Earhart flew airplanes in a time when women were not encouraged to fly. She flew because she loved to fly. Part of untapped potential resides next to joy. Find your joy. Does it align with your goals? If not, why not? What can you adjust in your life so that your power stems from joy? 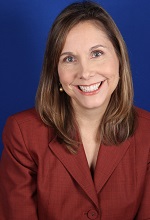 I continue to be inspired by a former colleague of mine who passed away a few years ago. Don Grady was one of the most authentic, loving, and effective leaders I have ever had the pleasure to know. Don personified the gratitude mindset. He was able to see the opportunity in every challenge and the good fortune in every difficult situation. He was joyful at work and at home. Don taught me about recognizing fear and moving beyond it in a way that was genuine for me. Don saw the best in others and knew exactly what to do to bring it out. I am forever grateful that he took me under his wing, liberating me to be me. As a result, I try to do the same for my clients, using joyful authenticity to achieve greatness. 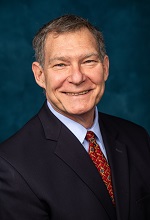 “What would Atticus Finch do?” Although a fictional character, the protagonist of Harper Lee’s novel To Kill a Mockingbird represents, for me, the epitome of moral courage and human decency. I have always thought of Atticus as the greatest father figure in literature. He embodies the patience, wisdom, and empathy that I have tried to emulate in raising three children. Atticus may have lost his case in defending Tom Robinson, but his character is a quintessential winner. His authenticity rises above the small-minded self-interest and prejudices of his town and his time.

It is fitting that Barack Obama cited Atticus Finch in his farewell address. Atticus is the perfect role model for navigating today’s judicial, legislative, and executive branch issues. We need leaders of moral strength and courage, who follow what is right, and who seek the common good, rather than personal benefit. 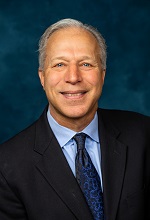 A colleague who most inspired me was Gene Connolly – former Chairman/CEO of USG Corporation. In working together, Gene exemplified uncommon leadership characteristics – he set an example of putting his family first, he genuinely cared about the well-being of others, and he gave his time and support in the development of his team. His approach helped his team not only believe and trust in him but also in themselves. His character engendered my respect, and set a standard of expectation for leadership in my career. Inspiration sometimes comes in looking back on life’s experiences, helping us to “be in the moment” today. 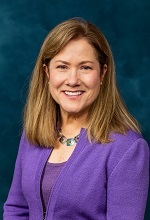 One person who inspires me greatly is my sister, Anne Hartrick Cook. When Anne was 19 years old, she was in a horrific car accident that left her in a coma for a month. In high school she had been homecoming queen, student government President, and voted “Most Likely to Succeed” by her peers. At the time of the accident, she had just completed her freshman year at Michigan State University. Anne came out of her coma with permanent brain damage—she had to re-learn how to walk, talk… and live. In spite of these obstacles, she was always positive and productive. Today, she lives a rich life. She went on to graduate from Michigan State, marrying (Doug), having a family (Brian and Barbara), and grandchildren (Austin and Lillian). Now Anne works with teens in the Royal Oak, Michigan school system who have mental and physical challenges. She has taught me the power of meeting/facing life’s challenges and having a positive outlook. She’s my hero. 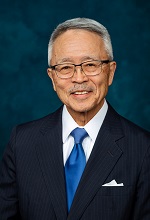 One of my business heroes is Richard M. Carpenter, a boss of mine early in my career. Dick actively practiced several leadership traits, most notably giving and receiving feedback. My first day at work, Dick gave a presentation to the CEO and Chairman. Afterwards, his marketing group gathered to debrief. As soon as this second meeting began, Dick turned to me and asked, “How was my presentation?” I remember that the floor seemed to fall away beneath me; I was not prepared to give my new boss feedback—good or bad. “It was fine.” This was not enough for Dick, “Tell me what went well today and what can I do better?” He asked for specific constructive feedback from everyone in the room. Over the years, I found this practice of giving and receiving performance feedback to be one of the most challenging and helpful skills I have learned in business. Dick taught me that we all benefit and improve when feedback is actively encouraged by management, and practiced with compassion. 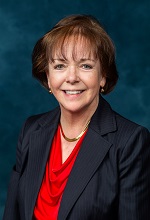 “The credit belongs to the man who is actually in the arena, whose face is marred by dust and sweat and blood; who strives valiantly; …who spends himself in a worthy cause…”

Who I admire is not typically the famous, but those who have boots on the ground. I am fortunate that there are many people who strive to make a difference in my life. Like my friend Rod, who “retired” after building a successful engineering business and now spends most of his time in foreign countries working with communities to build sustainable infrastructures to provide clean water. He works to make an impact for the estimated 663 million people who do not have access to clean water. When I think about someone “in the arena” day in and day out, I think of Rod. 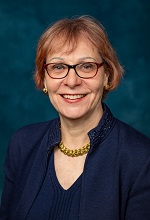 I am inspired by those who give – give when they have little, give when they have much, give anonymously, give publicly to set an example. When I see people give, I am amazed at the good in the world. When we give, regardless of how much, we show others that we see a better future. When we make a collective effort, mountains can be moved. Each time I give, whether it be my time, my money, or my knowledge I do so with the reverence that my act will be part of something more, something powerful. When I give, the life that is most changed is my own. 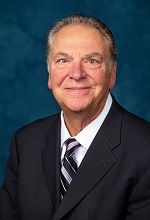 My inspiration comes from my brother, Mark. He was a first responder. For over 3 decades, as a Paramedic/Firefighter, then Fire Chief he put his duties ahead of everything else, putting his life on the line again and again.

He has motivated me to add value to everyone I connect with. I am not a first responder, but I try, every day, to help others any way I can. Whether this means helping those in a job search or challenging those in need of enhancing leadership effectiveness, I look for ways to connect others.

After decades of giving, Mark has retired. Thank you Mark for all that you have done. You are truly my hero. 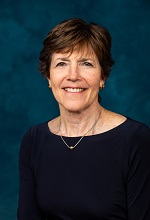 I am inspired by those that are moved to action. On a mission trip to Guatemala, I met a young mother, Jessica, who was impassioned to transform the health and well-being of her community. She belonged to a traditional Mayan community that used open-flamed cooking within their cement houses with inches of black soot on the walls. Open flame cooking without proper ventilation created lung-related health problems for many of the villagers. When Transformational Journeys brought the village a solution—an astronaut-designed wood burning stove that could be vented out of the roofs—most of the villagers were hesitant to change. Jessica, at 19, saw these stoves as a vision of a better future not only for her daughter, but also for her village. Jessica spent hours educating and convincing the women in her community, one at a time. I was inspired by her maturity and leadership to make this project a reality. Jessica is a beautiful reminder to me of the amazing power that the effort of one (or two) people can make significant things happen.

I am inspired by Jesmyn Ward and other writers who address the crucial issues of our time through story. A couple years ago, Ward won her second National Book Award, among other honors, for her novel Sing, Unburied, Sing. As Ward invites us to enter into the lives of her characters, she forces us to grapple with the truth about the world around us, and ourselves, laying the groundwork for change from the inside out. 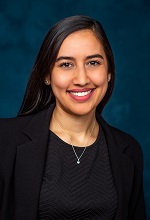 One person who continues to inspire me every day is my mother, Nora. She’s a compassionate, smart, joyful, and determined woman. She overcame adversities and became a successful entrepreneur at a young age. She’s always been able to identify and meet market needs before others do, and she has the determination to pursue her dreams. As a single mother she raised me and my brother and gave us the best life and education we could have asked for. She is a great daughter, sister, aunt, friend, and an amazing mom. She’s my biggest inspiration.

Who Inspires You? Let us know in the comments…

Best wishes for your continued success and may you always…