For the Want of a Nail

While this proverb has had many derivations over the years, the earliest reference highlights the unhorsing and subsequent death of Richard III of England at the Battle of Bosworth Field in 1485. 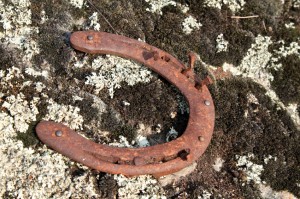 This proverb describes a situation in which the failure to attend to a small detail escalated into a major catastrophe of unseen magnitude. This chain of causality is typically seen only in hindsight. Witness the impact of the groomsman only re-shoeing three horseshoes, not all four, because the heat of the battle was upon them.

Where we sit at R|L, we have seen many CEOs skip over some critical details in their roles because of the rush to launch new products, acquire a competitor, or enter into new markets. As you might imagine, the adverse impact could be and has been huge. While examples abound, here are two biggies:

Winging it with the Board:

Our clients are talented, self-assured, bold, and very capable. However, it’s easy to go into meetings without being fully prepared. Simple, innocuous questions brought up in a board meeting can quickly undermine a new CEO’s credibility. Accordingly, statements that cannot be well articulated, crisply stated, or justified may be the kiss of death.

Not Moving Fast Enough and Being Too Gracious:

Being the CEO does not mean that you are untouchable. However, you might lose your endorsement and credibility with the board if you are too loyal to the old CEO, or if you are not candid nor proactive in revealing bad news. Additionally, you may endanger your role if you delay addressing non-performers and sub-optimized pockets in the company that are resisting change.

Bottom line, some CEOs focused disproportionately on short-term fixes and not on the overall strategic turnaround of the business nor creating allies on the Board, regardless of how confrontational some members might be.

In what areas are you missing nails?

Take What You Do Seriously – But Not Yourself